Gotamco Elementary School is named after Don Vicente Gotamco who donated to the Municipality of Pasay eight (8) parcels of land with an area of 2,300 sq. meters bounded by Gotamco St. in the North, Jockian St. in the West, Sinciego St., in the South and in the East Commersio Street. Though the area became a market place, it was used as warehouse and headquarters of the American Liberation Forces during the World War II.

In 1970, the heirs of the late Don Vicente Gotamco made representation with the Pasay City Authority for the return of the school lot to their family on the ground that the Deed of Donation of 1928 should specify the name of Gotamco to the school and should be retained as Gotamco Elementary School which was one of the conditions of the donation.Upon petition of the school principal at that time, Mrs. Luciana M. Mendoza and the Parent Teacher Association, the Municipal Board unanimously passed a resolution duly approved by Mayor Jovito Claudio restoring the original name of the school to Gotamco Elementary School.

In the Deed of Donation which was executed on January 26, 1971, It was agreed that the said lot donated by Don Vicente Gotamco which was used as “Public Market” be changed to a “school site.” The donated lot is now named Gotamco Elementary School to perpetuate the name Vicente Gotamco.

It was also during the term of Mrs. Mendoza that the dilapidated school building underwent general repair and construction following a strong typhoon that damaged the greater portion of the building.

In 1992, when Mrs. Mitra was assigned, a 3 storey building with 3 classrooms was constructed in the western part of the lot. Then Mrs. Myrna M. Teves pushed through the continuation of the constructing of  another 3 storey building with 6 classrooms and underground water tank under the stage. Mrs. Emma Iligan was assigned as principal from 2000 to 2002.

Mrs. Edith V. Flora was assigned as principal in June 2002. She had also a project which is a 3 storey  building with comfort rooms in every floor in the corner which is located in the north-western side of the school and a stage. Mrs. Esmenia Pambid was assigned as OIC in 2005 then replaced by Dr. Erna Doctor from June 2005 to September 2006. Followed by Dr. Rolando E. Soriano was then the next principal from October 2006 up to April 2011.

In May 2, 2011 Mr. Tirso V. Gali took the place of Dr. Soriano who was transferred to Villamor Air Base Elementary School. He launched the following projects: 1) Repair of the school roof, 2) repair and repainting of  roof of the stage; 3) Installation of electrical wiring for not functioning. He also put up the following livelihood program such as: 1) fish culture; 2) duck raising; 3)  poultry and 4) converted the ornamental garden with vegetable garden which will be used for feeding program of the school.To fill in the needed position, newly hired principal, Mr. Romy P. Socao was appointed before the onset of the school year 2012-2013 as the new administrator. Despite his lack of proven years  of experience being a novice to the position, he was self-determined in leading the school in achieving its educational goal through his profound leadership that brought laudable reform in terms of improving the physical plant of the school and most importantly in mentoring the teaching force.

Mrs.  Evelyn D. Deliarte managed the school for three consecutive school years (2014-2017). after she retired on January 27, 2017, the administration of the school was taken charged by Mrs Rosenda T. Sibonga, Master Teacher II until the next school administrator came in through the leadership of Mrs. Laarni R. Alejandro who started her term in May 16, 2017. just as she set her feet at Gotamco, she endeavored to make progress in the school – both physical and academics, utilizing the manpower and skills of the stakeholders likewise financial resources of external stakeholders guided by the school’s vision-mission and continuous improvement. Up to the present, she continues the school’s commitment  on the governance towards achieving  mastery of competencies in an organized and effective system for the benefit of all learners and for the betterment of the city. 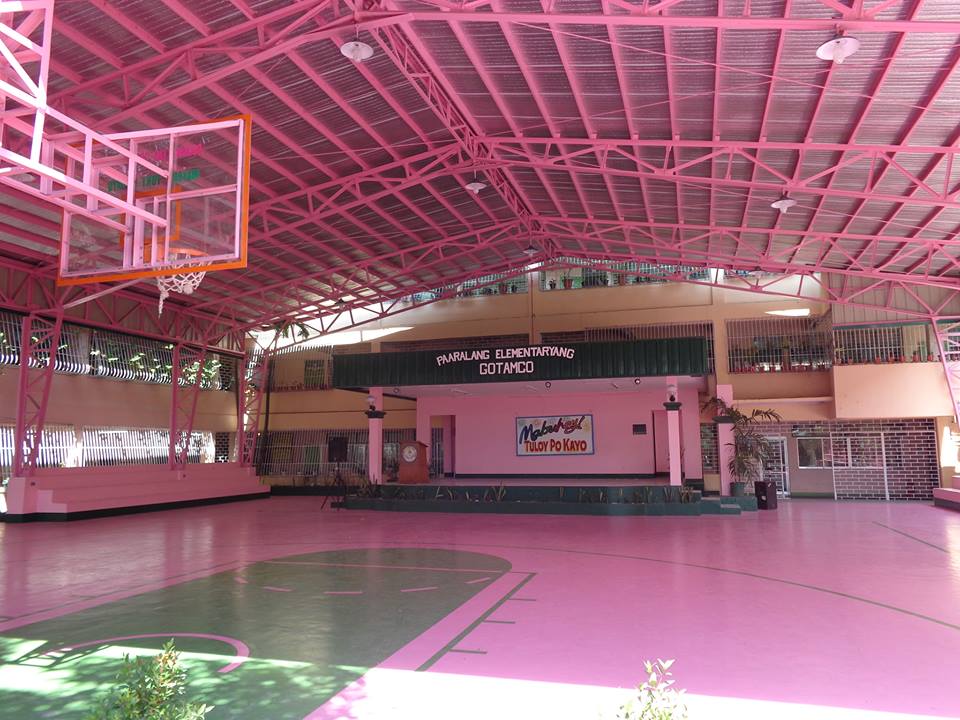